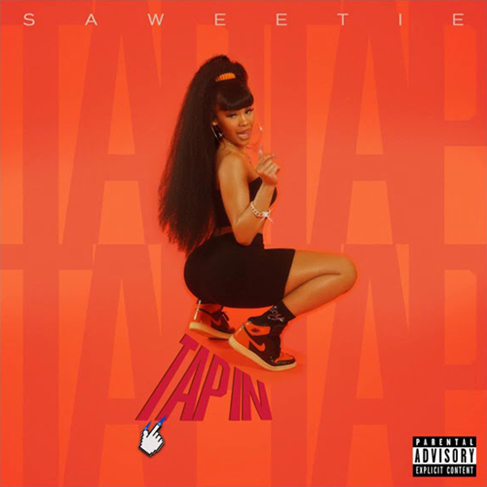 This summer, TikTok bounced with the beat of Saweetie’s hot single “Tap In.” The fast, party-bop—complete, of course, with Saweetie’s moves—hit the internet by storm on June 17th, ramping up hundreds of millions of views on the site within months, and scoring the “Song of Summer” nomination at this year’s MTV VMAs. Hot on the airwaves, “Tap In” rose through the charts into the Billboard Hot 100’s top-twenty list, while also sliding into an easy 9th position peak on Billboard’s Hot R&B/Hip-Hop charts.

This momentum is not surprising for AAM’s own, Dr. Luke, who produced and cowrote the track. Coming out of his recent success with Kim Petras, Doja Cat, and the posthumous Juice WRLD release, “Tap In” marks the first single off the Oakland-born rapper’s debut, Pretty Bitch Music, tapping into the iconic Oakland bounce of the Too $hort’s “Blow the Whistle” sample underlying the track. The song’s success sparked the lush remix produced by Dr. Luke later in August, featuring verses by Jack Harlow, Post Malone, and DaBaby.